Teams are used to define collections of users, and can be accessed through Setup > Access > Manage Teams. Users can be a part of multiple teams, but must always have a Primary Team. The Primary Team determines a lot about how you can interact with the system, so it is vital that users in your system are assigned to the right team. Improper team assignments can prevent employees from doing their jobs, or can enable someone to approve records they shouldn't be able to approve.

For end users, teams are used to control how the End User Interface (EUI) appears. In the Standard System Demo, the end user teams are Customer Team and Vendor Team. If you have multiple teams that require different branding, color schemes or views, multiple EUIs need to be created. EUIs are stored in the EUI templates table, and are selected through the Primary Team field. Teams can also be associated with a different default language, so it makes sense to have language-based customer teams if you plan to operate in a multi-lingual environment.

For power users, teams are also used as a way to assign ownership for records requiring completion, follow through, or approval. Each assignment group requires a separate team. For example, whenever someone creates a Support Task record, the Support Team is notified and is expected to complete the task. Teams can be hierarchical, so it is wise to set up a hierarchy that can send an email to a mid-level team where the members of the mid-level team's sub-teams also receive the email. Power users are assigned a Primary Team, which defines their Look and Feel scheme and default table views. Power users should be members of as many additional teams as needed, so that they are included in relevant emails and assignment lists.

The Teams table is used to store Team records in the Standard System Demo. Access teams from Setup > Access > Manage Teams. You can also access teams by selecting the Teams table from the left pane (under the System section). In the Teams table, you can view the list of teams in your system, as well as their ID and a brief description. 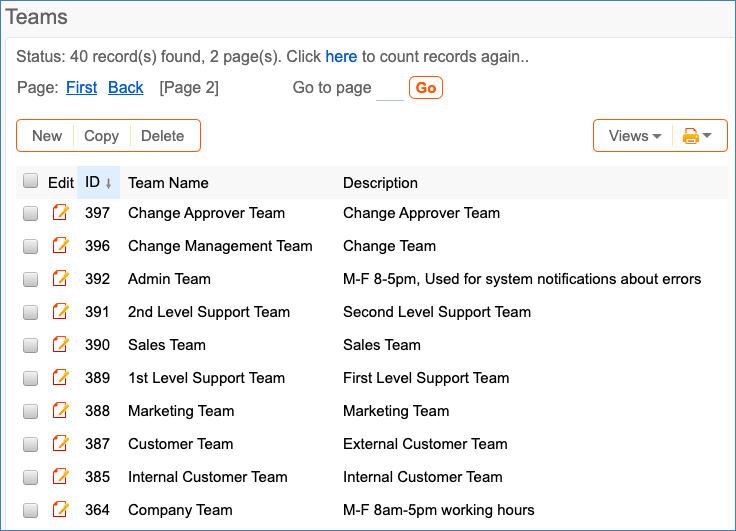 Each Team record holds an interesting array of settings that are used to ensure that each member has access to the correct data. These settings are configured using the tabs of the Teams wizard.

Team records contain a special hard-coded field called Working Hours. This field is configured under a tab in the Team wizard with the same name. The Working Hours tab is used to determine each team's Working Hours, which can be used to control when emails are sent. 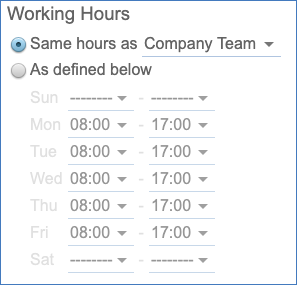 The Language tab determines the language that the EUI appears in for that team. The system supports 20 different languages, as well as additional dialects for Chinese and Portuguese. 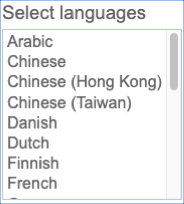 The settings of a user's Primary Team controls how the default date and time fields appear. For example, Primary Team defines whether a date field is displayed as May 15 2020 18:00 or 05/15/20 6:00 PM. This is determined on the Format tab of the Teams wizard for each particular team. Some individual date fields can be configured to always use a specific, customized format, but if they use the default format, then the person's Primary Team determines the format that the user sees. This format is used wherever a date or time field is used throughout the system and on print templates. 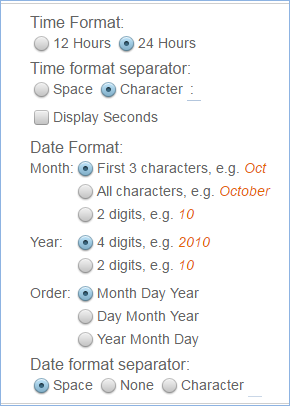 Team records contain fields for dates, the team name, label, description, Team Leader, and some screen refresh options. From a customization standpoint, you can use the Custom Fields tab of the Table wizard to modify some fields that come by default in the Standard System Demo, or you can add new fields to the Teams table by: