This table holds one template record that can be used to generate new records on a scheduled basis. Each record holds all of the import logs for one import event, which might include records being imported into multiple tables.

Within each Import Summary record, a user can view the imports that were run and their status, the number of records imported, and so on. Here is the result of a single import run: 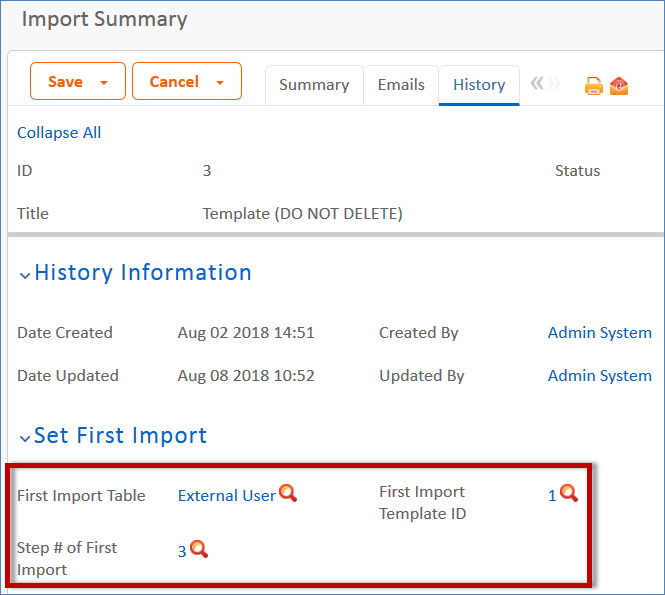 This table holds the following rules: 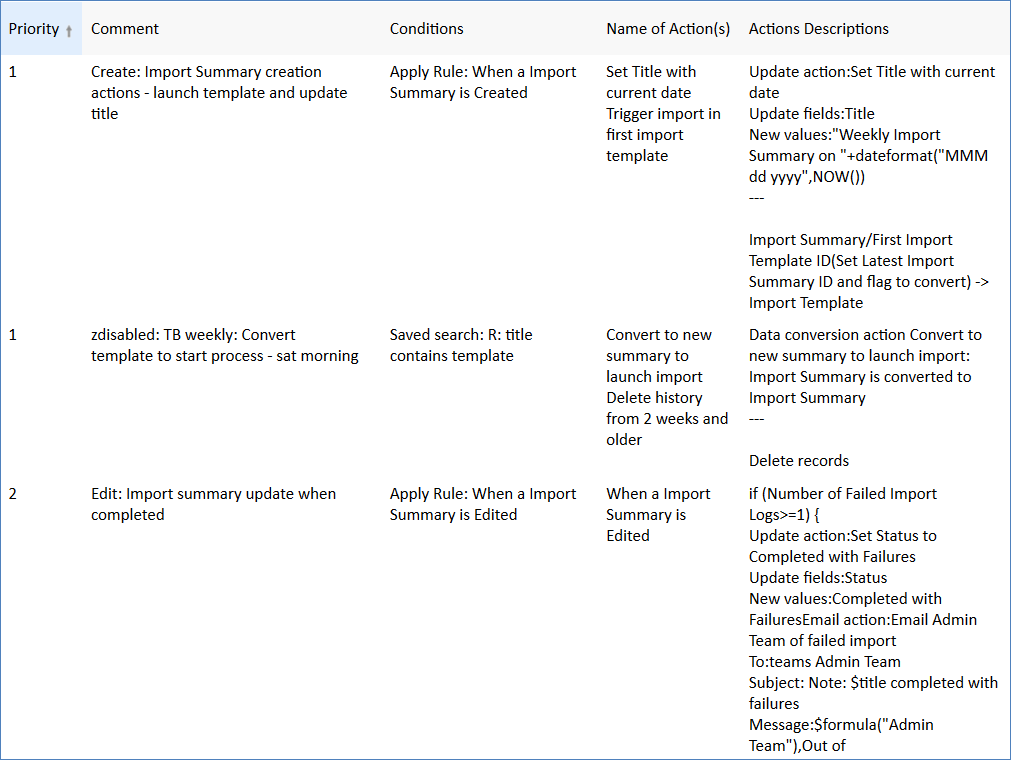 This rule runs when an import summary record is created by web or API. It sets the title to "Weekly Import Summary on [date]" with an update action:

and also runs a linked record action called "Trigger import in first import template," which goes down to the linked first import template record and updates a flag field in that record to cause it to be converted into a new Import Log record linked back to the Import Summary.

U: Set Latest Import Summary ID and flag to convert: 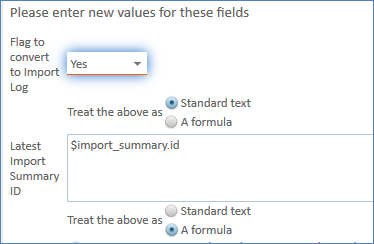 The import log records are the records that actually run the import action and report back the results.

When one record is finished, it launches the subsequent one, and so on, until all are finished.

If there were failures, it sends an email to the Admin Team notifying them of the failure.

If not, it sets the status to Completed Successfully.

The time based rule starts the import process. By default, it runs weekly on Saturday at 3am. It runs a conversion action that creates a new Import Summary record by converting the record with the word "template" in its title to a new record. The conversion maps only one field: the default starting import template: