This table holds records that launches imports and reports on the results. The records in this table are created by conversion from Import Templates as described in the Import Templates Table section. Each Import Log record contains details about the import, including the number of rows that were processed and a count of how many rows failed to be imported or were ignored. The overall Status of the import log record is updated by a rule based on these fields as well as the Import Log Text. 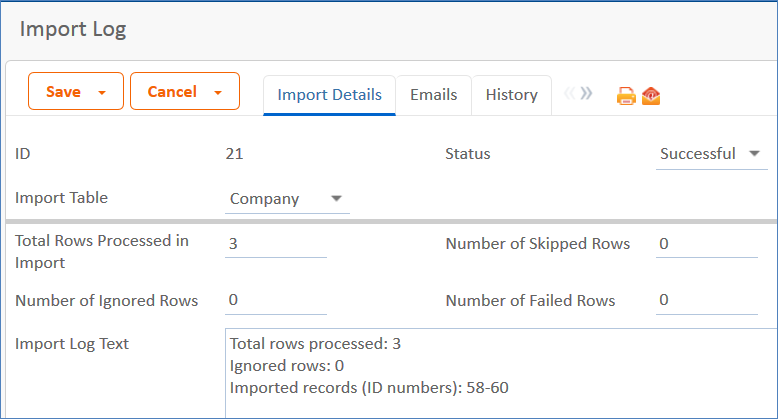 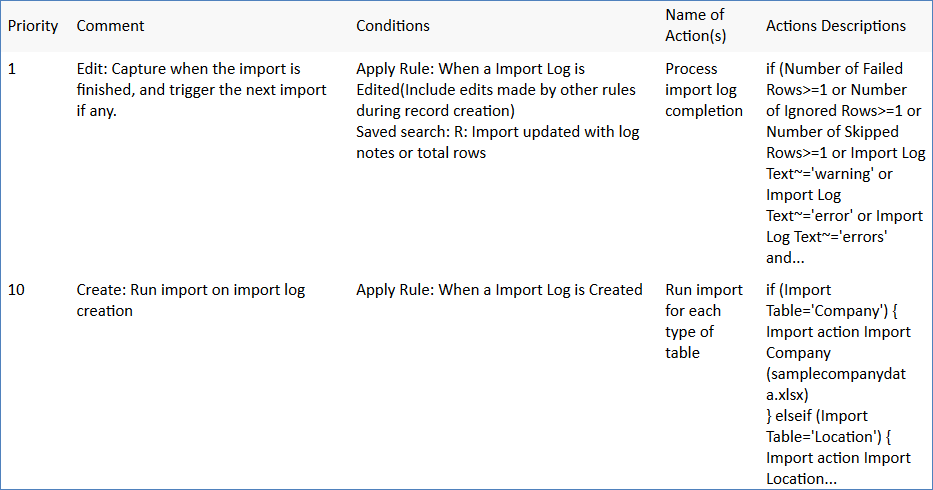 This rule runs when an import log record is created by web or API.  It runs the import actions for the correct table. 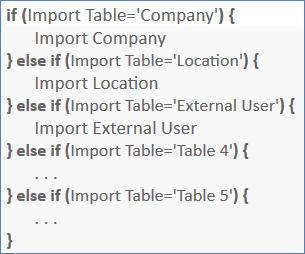 Edit: Capture when the import is finished, and trigger the next import if any.

This rule runs when an import log record is edited by web or API and the Total Rows Processed in Import or Import Log Text changed in the last modification. It updates the overall Status of the import log and triggers the next import.