Each record in the Attachments table represents an attachment that is linked to a Contract record, Company Document record, or Sourcing Event record.

New Attachment records can have a Status of Active, Expired, Sourcing Event Canceled, Contract Inactive, or Superseded, and are created:

When an attachment is created, the flags used for "Include in Approval Packet", "To Be eSigned", and "Publication Level" are set based on the Attachment Type.

The sections below contain further detail about each creation method.

To create a new attachment directly, click New from the Attachments table action bar. You can select the related Contract record on the Contract Info tab using the lookup icon next to the Contract Title field. 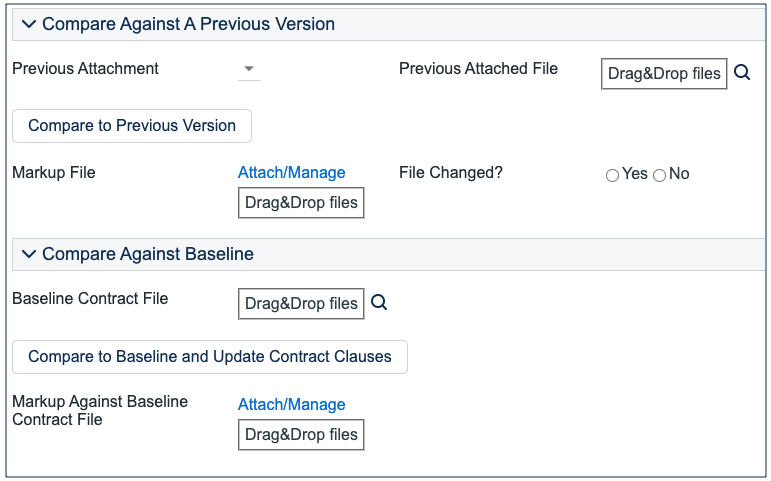 If the file in the Attached File field is a PDF document, the file undergoes optical character recognition (OCR) through an existing rule, and the OCR-ed file gets attached to the OCR file field under the Background field section in the History tab.

Attachments can be created as part of the standard Sourcing Event record workflow: